Flash Fiction for the Purposeful Practitioner 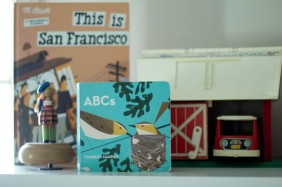 Jason scribbled happily on the walls. His next target was the sofa and when Mama came downstairs, she saw him putting the finishing touches with his fire-engine, the wheels soaked in red paint, tracing tracks across the Persian Carpet.

Aghast, she opened her mouth to reprimand him, but Jason quickly interrupted, “Don’t worry Mama, you can clean it in a minute! No! A second! Just like that nice lady on TV!”

He was talking about the advertisements he’d seen on the cartoon channel, in which the kids would mess up the entire room with paint splashes and doodles and the parent was seen calmly removing the stains, ending with the walls and upholstery blemish free.

Jason was then directed to do the same as that nice lady and was provided with the appropriate tools.

Ten minutes of scrubbing later, with a lot of grunts and groans, Jason admitted defeat.

“But it looked so easy on TV,” he said sorrowfully.

“Nothing is ever easy as it seems, dear,” said Mama. “I hope you’ll remember that from now on!”

She surveyed his creativity and sighed, no, nothing was ever easy, especially when you had a five year old!

Author: Ugly Aphrodite (Available on Amazon Kindle) Ah, the need to get your thoughts out there! Happy reading folks!
View all posts by swritings →
This entry was posted in Flash Fiction Challenge and tagged #flash fiction, #flash fiction challenge, #Flash Fiction for the Purposeful Practitioner, #flashfiction. Bookmark the permalink.